Without locks on your doors, anyone would be able to wander into your house whenever they wanted. And, unless you have electronic locks with a code or fingerprint recognition, your locks rely on keys to both keep your home secured and allow you access.

Everyone knows how important their house keys are to their home security, and most take care to keep them safe and protected. However, there are plenty of ways keys are regularly put at risk without their owners even realising. To make sure you're not inadvertently making your home less secure, follow these tips for keeping keys safe.

Store them out of sight

Some people have a designated place to put their keys at home; others just leave them wherever they land once they get through the door. Either way, make sure you're not putting them where they can be seen through a window.

If a key is visible from outside, there's a chance it can be reached through a window. Even if the window is far too small for somebody to climb through, a quick smash and grab can put your keys in a burglar's hands, giving them easy access to your house.

Don't leave them in the door

Leaving keys hanging out of the lock inside means you'll always know where they are, but it's also convenient for intruders. The keys can often be grabbed through the letterbox, or by breaking the glass on the door.

It can be difficult to change this habit, but putting a key bowl somewhere near the door—out of sight from outside—gives you a visual reminder that helps you get out of the usual routine more quickly.

Be sensible with spares

Despite repeated warnings online and in the media, plenty of people still put spare keys around their home in plant pots, underneath rocks and in other hiding places. No matter how well you think you've hidden a key, you can never be certain it won't be found or that you won't be watched when hiding it.

A better idea is to give a spare key to a friend or relative who lives nearby, but don't go dishing them out to lots of people. Limiting your spare keys to one or two means you can keep track of who has them and where they are.

Don't keep them with your address

Sometimes, keys get lost when you're out. In itself, this is a minor annoyance, especially if you get locked out. But if they're lost with details of your address, somebody could find them and gain entry to your home.

Avoid using keyrings with your details written on them, and don't keep a key in your wallet alongside your identification. And if you carry around letters or other documents in your pockets, make sure you're carrying your keys somewhere else.

Read in about 3 Minutes 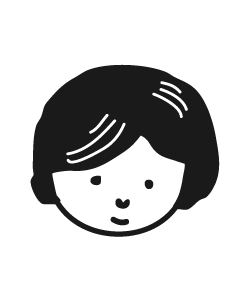 Hello! If you are looking for some top home and garden tips you are in the right place. I never used to be at all interested in my home or garden. I was far too busy working for a large law firm. However, when I retired, I suddenly found that I had the time I needed to really pay attention to the place. I called in a number of contractors who assessed the condition of the property and explained what needed work and how I could improve my home and garden. I am really pleased with the work they carried out. I hope you like my blog which will describe the things I have learnt during my renovation project.